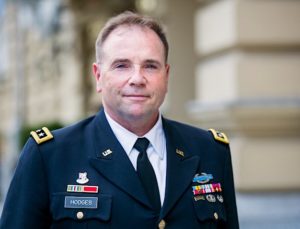 General Ben Hodges was Commander of the United States Army Europe from 2014 to 2017 and Commander of the NATO Allied Command from 2012 to 2014. Stars and Stripes called Hodges’ tenure at USAREUR “the most consequential in Europe since the end of the Cold War.” Ben maintains his residence in Frankfurt, Germany where he serves as the Pershing Chair in Strategic Studies for the Center for European Policy and Analysis, a Washington based think tank.

The return of the Great Nation competition is the defining geopolitical fact of our time. Russia and China have implanted clearly defined strategies to tear apart the western alliances, undermine democracies and threaten 70 years of peace in Europe. General Hodges will talk about how the West is being threatened and America needs to respond with integrated military, diplomatic and private investment initiatives.